Bringing together Mickael Viljanen’s energy and passion with Ross Lewis’s experience and mentoring expertise, the new era at Chapter One aims to create one of the most unique dining experiences in Ireland.

The merging of cultures, alliances, suppliers and teams will bring the restaurant to the next level, with a strong focus on excellence in a clean, modern style.

Chapter One’s celebrated welcome awaits all guests, who can immerse themselves in a luxurious dining room for an exceptional dining experience.

The interior of the restaurant showcases a carefully
curated selection of Irish art, design and craft designed to ensure that guests’ experience here is a multi-sensory one that extends beyond the food.

There are functional pieces, including Joe Hogan’s basketry and the bar trolley by DesignGoat, that serve to enhance the dining experience. Others, such as Emmet Kane’s gilded tabletop pieces, are purely decorative.  Like the interior itself, which is the work of Irish Interior Architect  Maria MacVeigh, the overall aesthetic of refined, elemental luxury very much complements both Mickael’s food and Ross’s long tradition of celebrating Irish natural materials and craftsmanship. 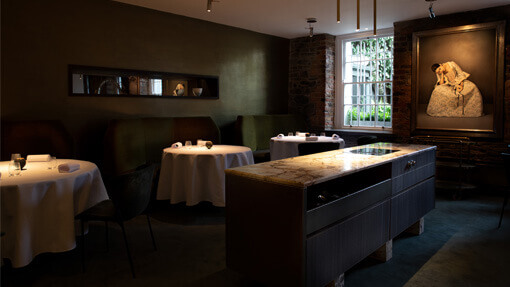 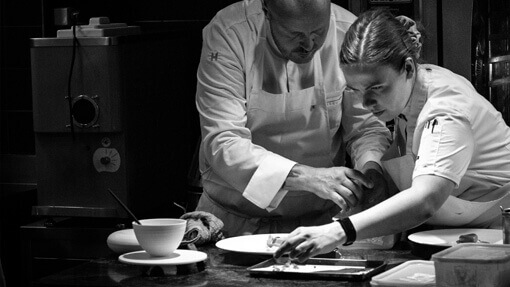 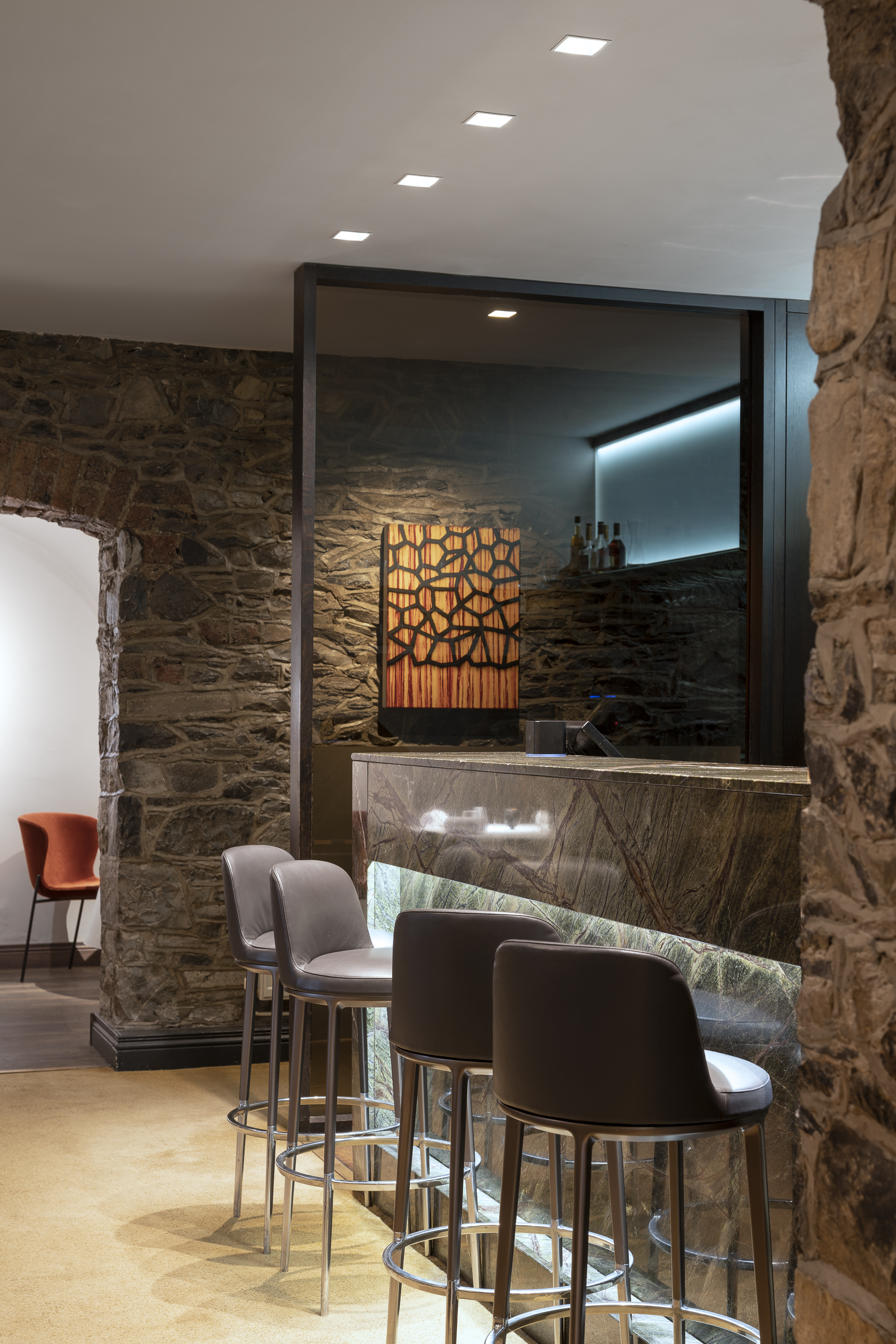 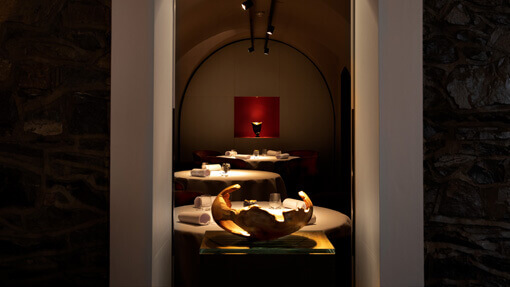 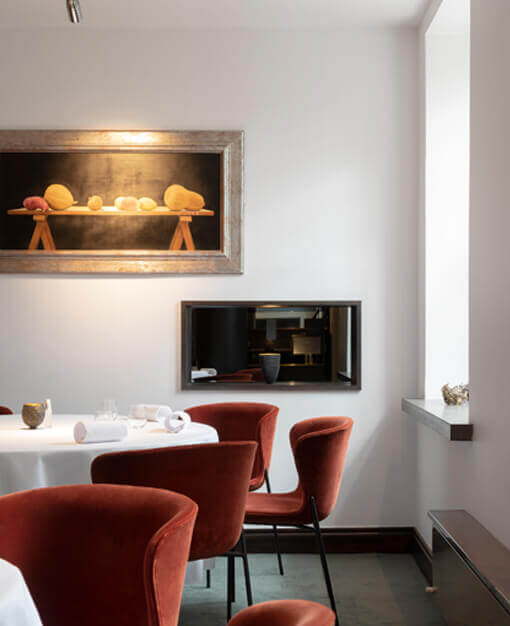 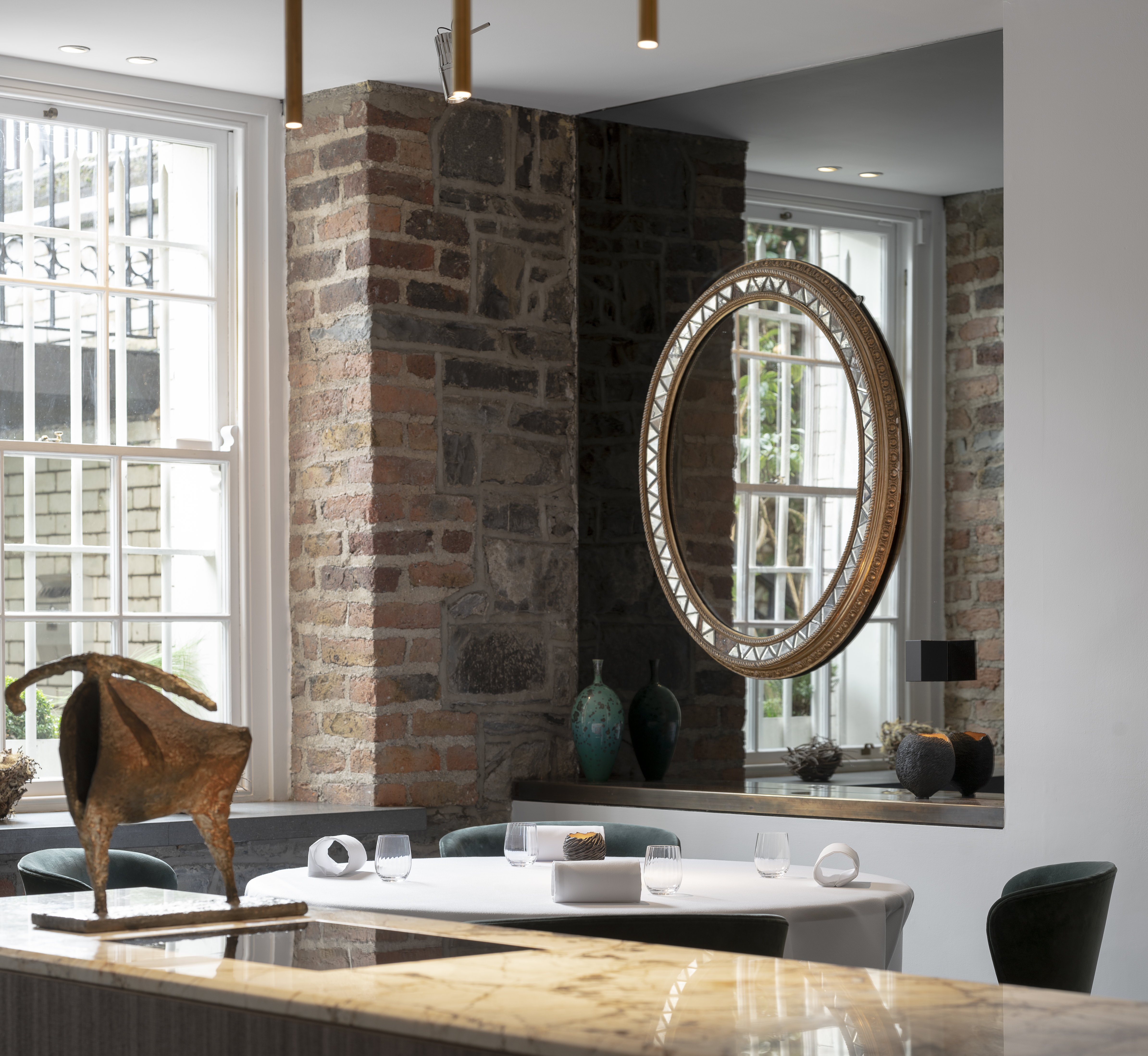 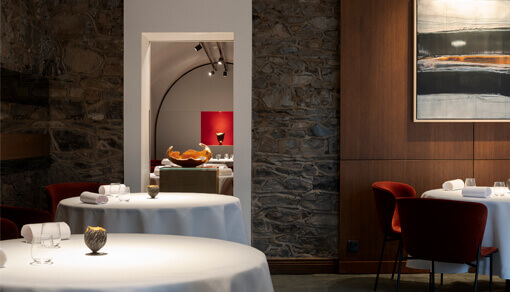 Mickael Viljanen was born in Stockholm, Sweden but grew up in Finland. After some time spent in the UK he moved to Ireland in 2000, where he worked with Paul Flynn at the Tannery in Waterford before spending five years at Gregans Castle in the west of Ireland, where he won Chef of the Year and Restaurant of the Year from Food & Wine Magazine, and also RAI Chef of the Year.

From there Mickael joined the Greenhouse in Dublin when it opened in 2012. During his tenure, he won Food & Wine Magazine Chef of The Year twice, most recently in 2019; Restaurant of the Year in Georgina Campbell’s Ireland Guide in 2012; and Chef of the Year, also in the Ireland Guide, in 2019.

September 16th in 2015 saw Mickael entering the Michelin guide with 1*, and on October 7th, 2019 the restaurant got promoted to 2* under his leadership. At the time, it was one of only two restaurants in Dublin with this accolade, and a first in the capital to secure a second star since 2000.

Opinionated About Dining has placed Mickael and the restaurant team 26th in Europe for classical dining in its Top 100 (OAD top 100). In 2021, Mickael moved into the role of Chef-Patron at Chapter One.

Mickael has travelled intensively over the years, with work taking him to Asia, the USA, Scandinavia, the UK and elsewhere. He has also appeared in MasterChef Ireland as a guest judge in 2012. In 2018, he was a judge for San Pellegrino World Young Chef final in London.

It was whilst working in Manhattan for two years at Dorrian’s Red Hand restaurant that the idea of cooking for a living first came to him. Moving to London to learn his trade, he started out at Odin’s, owned by Peter Langan, Richard Shepard and the actor Michael Caine. After that came a move to Switzerland to work at Le Chat Botté at the Beau Rivage Hotel in Geneva.

Lewis, then 25, returned to Ireland in 1990 and in 1992 took the chance, with Martin Corbett, of setting up Chapter One on Parnell Square in Dublin. Thanks to a relentless focus on customer care and a commitment to creating dishes reflecting the best of Irish food, the restaurant has enjoyed a loyal following ever since, holding a Michelin star since 2007 and winning countless awards including Best Restaurant in Ireland (eight times, most recently in 2017), Best Chef of the Year (2009, 2010 ,2012, 2017, Food & Wine Magazine).

Ross was Head Chef for the only State Banquet during Queen Elizabeth II’s historic visit to Ireland in 2011.

He is a passionate advocate of Irish food and producers, and in 2015 published Chapter One:  An Irish Food Story (Gill Books).

In 2015 Ross opened Osteria Lucio’s with the guidance of his good friend and fellow chef Luciano Tona from Milan. Theirs is “The food of friendship”, based on quality Irish and Italian ingredients cooked with Italian tradition.

In 2018, Ross achieved the prestigious Mike Butt Lifetime Award from the Restaurant Association of Ireland in recognition of his achievements.

Ross is a former Commissioner General of EuroToques, where for many years he worked very closely with Myrtle Allen, the hugely influential Irish food figure and chef. Along with food writer John McKenna, in 2019, Ross delivered the inaugural Myrtle Allen Memorial Lecture at UCC; this now-annual lecture celebrates Myrtle’s enduring contribution to Irish food culture.

In 2019, Ross received the Alumni Achievement Award from his alma mater, UCC, honouring his life’s work to date in the food industry.

Most recently, in February 2021, he received the inaugural Michelin Mentor Chef Award for Great Britain and Ireland.  This award from the Michelin Guide recognises a particular chef’s contribution to nurturing talent within the industry. As the guide says: “Ross’ vast experience has allowed him to pass on his wealth of knowledge about cooking and Irish produce to younger chefs coming up through the ranks, acting not only as a mentor but also as a friend to a host of chefs.”

In June 2021, after 28 years, Ross made the decision to step down from the kitchen and to hand over the baton to a new Chef-Patron, the Michelin-starred Finnish chef Mickael Viljanen.